How to Unflatten a PDF 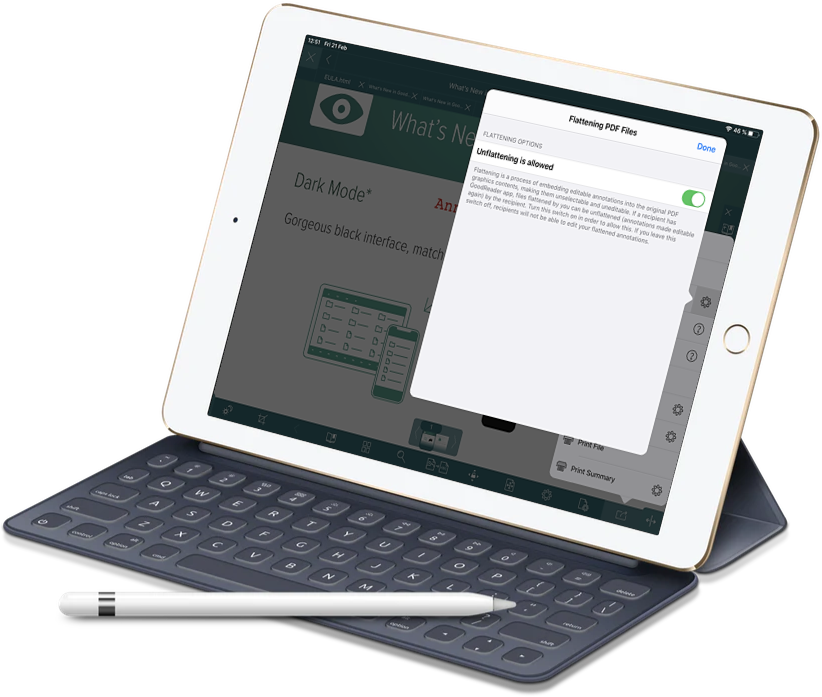 Unflattening may not always be possible. Here are examples of such cases: 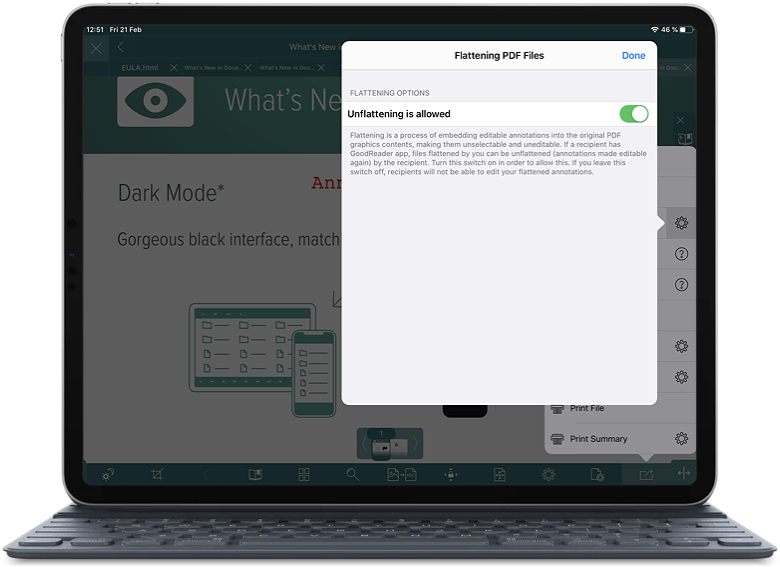 * Unflatten PDF is a part of Pro Pack.

Life is Good with Goodreader !!

I have some fantastic suggestions to make this app better in the Big update. What I love about your app is that I could transfer my mixtapes from my computer onto my phone. I use it everyday on my drive to work. It would be a blessing if I could tell Siri which ones to play, or to fast-forward, etc. I wish the the title of my audio file could be visible on my lock screen when it is playing; if you could fix that, that would be Fab!

Thank you so much for your app, keep doing what your doing.